Phoenix, AZ (Mar. 19, 2017) – Temperatures in the car were warm enough to fry an egg but a rear gear mechanical issue ended the day early for the Jeffrey Earnhardt and the number 33 Circle Sport TMG Chevrolet. “This was not something we saw coming and it was really frustrating” said Earnhardt. “Every race is critical to the well being of our race team so when we have a mechanical failure so close to the first green flag it burns everyone up.”

The team had Jeffrey drive straight to the garage to attempt repairs because there was no caution but further investigation uncovered that the damage was too severe to repair in time to return to the track. 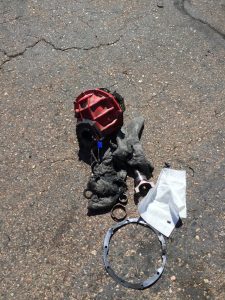 The team moves on to California to compete in the Auto Club 400 on Sunday March 26th.

Sundays race will be televised on Fox at 3:30 PM ET and available on Sirius XM NASCAR radio channel 90.